Who doesn’t love top 10 lists?! I do! I look them up for nearly everything from movies to vacuums!  Here are my personal top 10 most favorite movies I love.

In no order what so ever, it’s already tough to only pick 10! 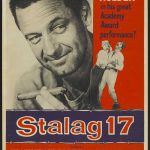 Growing up in my household common movie channels included TCM, AMC, and TNT.  That Mr. Ted Turner guy has built such an empire for himself!  It’s no surprise that I do favor older, classic films.  My mother picked up a VHS copy what looked like it was from a video store rental used VHS sale because it did not have an official cover it was in one of those translucent clamshell cases.  We did as a family watch this film many times.  Sometimes I watched it alone.  It gets me laughing each time I watch it.

It’s set on a prisoner war camp during WWII and primarily focuses on one barrack, #17.  You’ll see what these men did for fun and to keep things interested during cold winter months.  The means to find ways to escape and dealing with a mole within the barrack.  If you don’t love Shapiro and Animal then I honestly don’t know what to tell you. 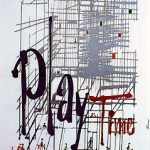 Playtime came into my life around 2007 I think it was.  I loved the first time I watched and each time thereafter. The thing is with this film, you find new things each time you watch it. The film was shot in 70mm, which is huge and meant to be seen on a big screen.  As it was my first choice for my 40th birthday party at Cinetopia in a movie parlor rental.  To see it on a much bigger screen than my own home was a dream for me.  Myself plus 17 other people will enjoy its visual splendor with cocktails and sweets.

You’ll follow Tati from the home expo to the opening night of a new restaurant, you’ll see so much and you will miss a lot too.  Why I cannot stress enough you just have to watch it a few times.

For more of a detailed description of the film please visit here. 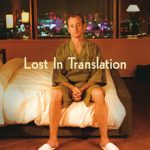 First off I adore all of Sofia Coppola’s films.  I even had the opportunity to see a one time showing of The Virgin Suicides with a short film by Coppola called “Kiss the Star” prior to the main movie.  Lost in Translation was filmed on location in Toyko.  The story focuses on Johansson’s character, Charlotte along for the ride to Toyko while her husband is shooting photographs for a band.  Meeting Bob played by Murray, they find an odd connection and fill their days with each other’s company.  Without compromising their marriages, they do receive what they need from one another.  The very last scene Murray whispers something in Johansson’s ear, that dialog was an improv by Murray and those two are the ones who know what was said.  Like all other Sofia Coppola’s films, the soundtracks are equally wonderful. 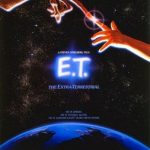 E.T. goes way back for me, apparently, I loved it a lot and my mother would take me to see it over and over again in the theatre.  I would cry every time in the end.  I even had an E.T. doll that I carried around everywhere.  E.T. is lost and he has a boy, Elliot who helps him find his way back home but not before he is taken to be examined by scientists.  If you have not seen this movie, please do!  Watch it with friends or with your kids.  It’s a wonderful story and you’ll fall in love with E.T. I promise you that!  E.T. phone home. 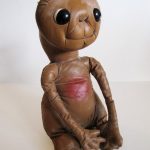 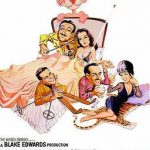 I am a Pink Panther nut. I have the full collection including the cartoon collection.  I am not including the modern day Pink Panther played by Steve Martin, however as much as I like Martin, Sellers is my Jacques Clouseau.  Clouseau is a detective working on a case of a missing diamond.  His professinal manner is odd but gets the job done.  He does find himself in predicaments which seems not to be phased anyone around him.  I had the pleasure to watch this at the TCM Film Festival in Hollywood, CA at the Chinese theatre with Robert Wagner speakinig before it started.  I highly recommend The Pink Panther Series for your next movie marathon. 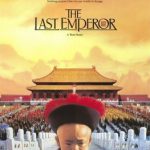 This film I did see in the theatre at the ripe old age of 9 with my mother and others.  I do remember how long it was, it was much to take in as a young child.  Is this film suited for young children?  Perhaps not, the film does touch history that is normally not shared in our history classes.  There is much truth to the plot and was shot in the Forbidden City.  I had the pleasure of seeing that city for myself in December 2008.  When I walked through it, I pictured myself in that film.  I envisioned a young emperor running around with his laughter. 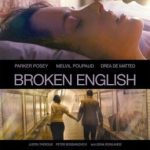 I stumbled upon this film and was blown away.  You dream of taking a chance at love that involves way more than you ever thought you could handle.   Having Zoe Cassavetes direct a film with her mother Gena Rowlands in it, is wonderful.  Starting the story in NYC and ending in Paris is bringing two cities which I love together.  Warning: Daydreaming is common side effect after watching this film.  Remedy, spread love and take chances.

There are actually two other films that do short love stories based in NYC and another in Paris.  Paris, Je T’aime and New York, I Love You.  If you are in a romantic mood, these three films are all hand in hand. 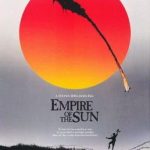 If you are a Christian Bale fan than you already know that he was his second feature film.  He plays a young privileged boy, Jamie living in Shanghai leading up to Japan’s invasion post-Pearl Harbor.  The city is taken over and he is separated from his parents.  He knows nothing of the world nor how to fin for himself.  You will watch him grow up learning that life is not fair when complications arise.  He ends up in a war camp for refugees.  He grows accustomed to his new life while learning valuable lessons from John Malkovich’s character Basie.  Jamie does well for himself with trading and networking with other people in the camp and with those in charge.  Another large-scale film by Spielberg which delivers very well. 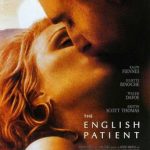 Ok, now I know this film has been a butt of a few jokes on television shows like Seinfeld (Watch Clip) for me, I do love this film.  Elaine hate on the film is hysterical It’s not the easiest of subjects to watch as you see passionate love, an affair, and death.  The story is told by a dying man in parallel to a current storyline that gives you closure.  This film is visually beautiful, the chemistry between Fiennes and Thomas is strong.  I only hope those two will do another film together. 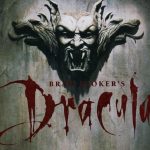 I did see this movie in the theatre with my father when I was 14 years old.  I loved it from the get-go.  When I think of my ultra favorite movies, this one keeps coming to mind.  If you have not seen this movie please visit these resources Wikipedia or IMDB with a trailer for a full plot of the film unless you did read the book, which I have.  The book is written in a journal fashion.  Easy fast read actually.

Why is this film your favorite?  For many reasons, for example, the entire production from the cast to the direction and my god the wardrobe!  Which did receive two awards for Best Costume by Eiko Ishioka (brilliant designer).  It’s a love story that touches me.  Mina (Ryder) comes off fail in the first half of the film by the end of the film you see her strength and loyalty she displays is captivating.  The detailed shown throughout the length of the film is magnificent.  If you enjoy Gary Oldman, then seeing him as Dracula will be majestic.  The score was written beautifully by Wojciech Kilar.  Despite Reeves’ performance, the film is still very good in my book.  Reeves’ later went onto much better roles suited for him than Mr. Harker in Dracula.

Here is a fan art poster piece by Rodolfo Reyes. Glad I found this artist!  More work can be found here. 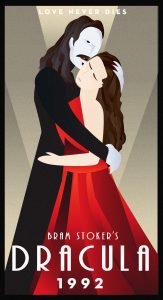 Films I have to mention but did not make the list.

Strangers on a Train by Alfred Hitchcock

Minnie and Moskowitz by John Cassavetes